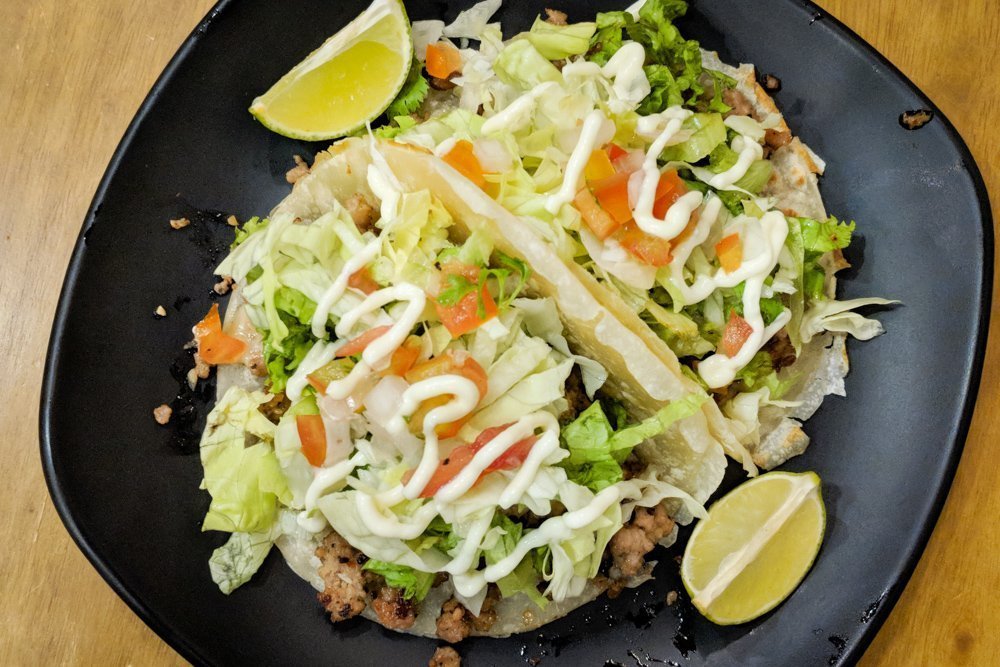 Nonla Guys is an Asian/Mexican fusion restaurant located down an alleyway off of Bui Vien Street. You won’t find traditional fare like chips and salsa here, but you will find some of the most unique flavor combinations in the Ho Chi Minh City!

Nonla Guys is a small, two-story restaurant down a narrow alleyway. The downstairs area completely opens up to the street so it’s a great place for people watching but gets unbearably hot. The upstairs is quieter, calmer, and air-conditioned. Even though it’s small, we’ve never had to wait for a table. And the food comes out fast!

Here you’ll find classic Mexican-style meals with a Vietnamese, Japanese and Korean flair. The Vietnamese style dishes are tacos, burritos, and quesadillas that are filled with bun cha ingredients. Bun cha is a classic Vietnamese dish and this is one of the most popular items on their rather limited menu. The bun cha quesadilla is my favorite!

You’ll also find tacos, burritos, and quesadillas flavored with Japanese style chicken garaake, Korean bulgogi, and Korean spicy BBQ. If none of those suit you, perhaps the vegan tofu or the vegetarian will. The Korean bulgogi style burrito is another good choice as the quesadillas are rather small.

You’ll also find french fries in place of traditional tortilla chips that you would normally expect from a Mexican restaurant.

Portions at Nonla Guys are relatively small and the mains don’t come with any sides. So while the prices aren’t outrageous, you’ll probably need to order more food than you expect. Quesadillas and rice bowls are 80k – 90k VND (~$3.50 – $4 USD), burritos are 70k – 80k, and each taco will run you 40k-50k.

We love eating at Nonla Guys but it’s a bit rich and heavy so expect to want a nap when you’re finished. And like we mentioned, portions are rather small. On our last visit, we ordered a bun cha quesadilla, 2 bun cha tacos, and a Korean bulgogi burrito between the two of us and I definitely could’ve eaten more.

Plan on ordered 2 items per person and be sure to try something new, even if it sounds a little weird. You won’t regret it!

Val is one half of the Wandering Wheatleys. You can read more of her writing at WanderingWheatleys.com. 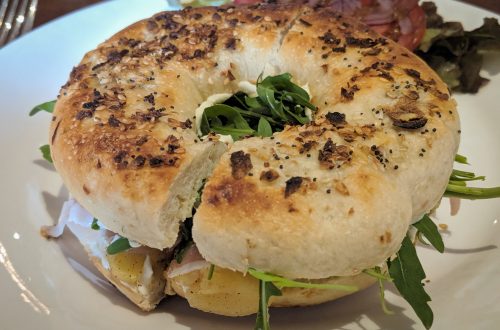 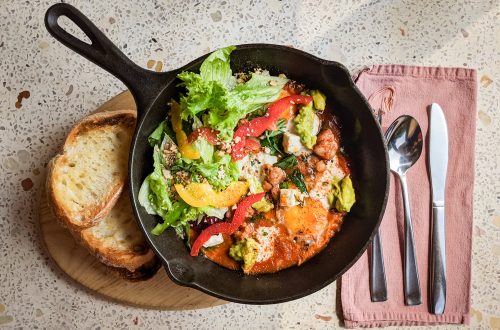 Cafe Marcel: Delicious French Brunch in the Heart of Saigon 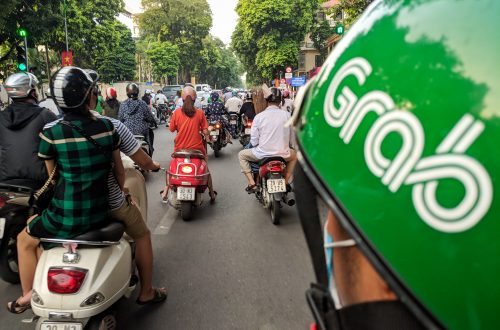 Grab: The Uber Alternative of Vietnam

This site uses Akismet to reduce spam. Learn how your comment data is processed.